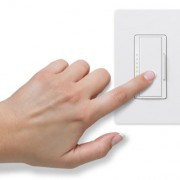 It is true that LED lighting is energy efficient and provides cost savings in electrical usage, however most people are not aware of the issues and challenges that are involved when purchasing LED replacement lamps. Consistency in light output and color rendering is one issue, but dimming LED is currently the big challenge.  I will talk more about color rendering further in this article.

Things you need to know when dimming LED bulbs.

The good news is that LED technology is improving. Major manufacturers have already discontinued two and three generations of their bulbs in the last couple of years as they develop better technology and work with dimming manufacturers, however the industry is still in its infancy and we have to work with the challenges.

Lutron has recently developed C.L dimmers that work with a large number of LED manufacturers. I have attached the compatibility list here in PDF form.

For Homeworks systems it is a little more complicated. I have attached a compatibility list for existing Homeworks product and RadioRa 2 as well.